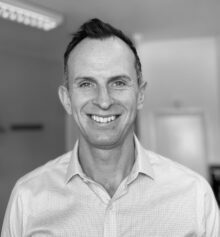 Originally from London, Tim graduated from the prestigious Anglo-European College of Chiropractic, Bournemouth in 2000 and has been living and working in Cheshire and Manchester since 2001. He took over the clinics in Alderley and Didsbury in 2007.

As well as the clinics, Tim has worked for a number of professional football clubs. He spent 8 years working in-house with clubs, but now just see players on a private basis in the clinic. He is one of only a handful of chiropractors in the UK to have worked within a Premier League football club.

As a keen sportsman, Tim has benefited from quality chiropractic, physiotherapy and massage over the years. Following a serious fall in 2008 he elected not to have the proposed operation on his shoulder and 12 weeks later completed the Blenheim Triathlon, following successful chiropractic and physiotherapy.

When not at work Tim enjoys swimming, triathlons, golf, skiing and generally keeping fit. In 2016 he completed the Staveley Lakeland Trail Run, the Henley Classic Swim (getting in to the Thames at 4.30am in order to do so!), the Bantham Swoosh and recently the Aspire Uswim Night Swim. On Sunday mornings he can also be found coaching his son's Under 8s rugby team. He appreciates the importance of eating properly (yes junk food really is what it says!) so aims to practise what he preaches in order to stay well.

A beautiful wife and two young children keep Tim busy and needless to say provide more joy and laughter (with occasional frustration!) than any of us can find elsewhere.

If you’d like to talk about whether Tim may be able to help you please call the clinic and he'll be more than happy to do so.

Ruth graduated with a BSC (Hons) in Sports Therapy, accredited by the Society of Sports Therapists. Since qualifying at University over 10 years ago, she has gained extensive experience in practical rehabilitation and hands on manual therapy. Working with a diverse clientele, from professional athletes, keen amateurs, Pilates enthusiasts and those seeking improvement to daily mobility.

Drawing on her background and passion for sports-based activities and coaching, Ruth’s Sports Massage Therapy service provides a hands-on tool to help relieve tight, over worked muscles causing discomfort from repetitive movement from sources both sporting and occupational.

Her well rounded knowledge can also provide accessory advice to aid in rebalancing the body and working towards reducing pain long term. 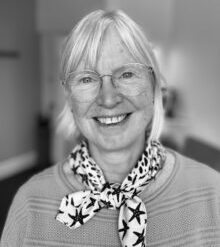 A temporary replacement when her daughter had to leave us and now Debbie’s been working at the clinic for 9 years!

As well as working here Debbie is also a very grateful patient. Having had a bad back for several years, which forced her to give up horse riding and carriage driving, she is now back in the saddle following successful treatment from Tim. She continues with regular treatment to ensure there’s no going back. When not at work she enjoys spending time with her grandchildren and horses. She also has chickens and keeps the clinic supplied with eggs! 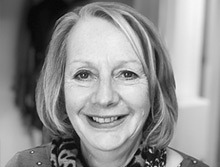 Joining the team in December 2018 after working in admin in the NHS and private medical sector, Jane enjoys keeping fit and is a regular visitor to the beautiful island of Anglesey with her partner and much loved miniature schnauzer, Millie.

Jane is also a grateful patient!

Ready to book your appointment?

If you’re ready to book an appointment or you have any questions then please get in touch! All of our contact details can be found on our contact page below. We look forward to hearing from you.
Contact Us